Discover the earliest forms of patterns and symbols

Diepkloof Rock Shelter takes its name from the nearby Diepkloof stream. It is situated between Elands Bay and Redelinghuys and overlooks the Verlorenvlei wetland. The exceptional collection of over 400 intentionally engraved ostrich eggshell, dated to around 60 000 years ago, is amongst the earliest known examples of storage and transport vessels anywhere in the world. These engraved fragments of ostrich eggshells showcase early development of a graphic tradition, the ability of our ancestors to conceptualise patterns and forms that do not exist in nature and the complex use of symbols to mediate social interactions. The early appearance of more refined stone tools between 100 000 and 74 000 years ago provide evidence of abstract thinking, technological innovation and the ability to plan and strategize.

Excavated for over 40 years, this site contains one of the most complete and continuous Middle Stone Age archaeological sequences in Southern Africa. This extremely well-preserved record has allowed scientists to reconstruct in detail the lives of our ancestors, the environment in which they thrived, and their adaptation over the course of the millennia to an evolving environment. In addition to the Middle and Later Stone Age deposits, the site also contains rock art dating back to San hunter-gatherers, Khoe pastoralists and the colonial period. The sequence of these rock paintings, at times overlapping, shows the long period during which the cave was occupied and used. 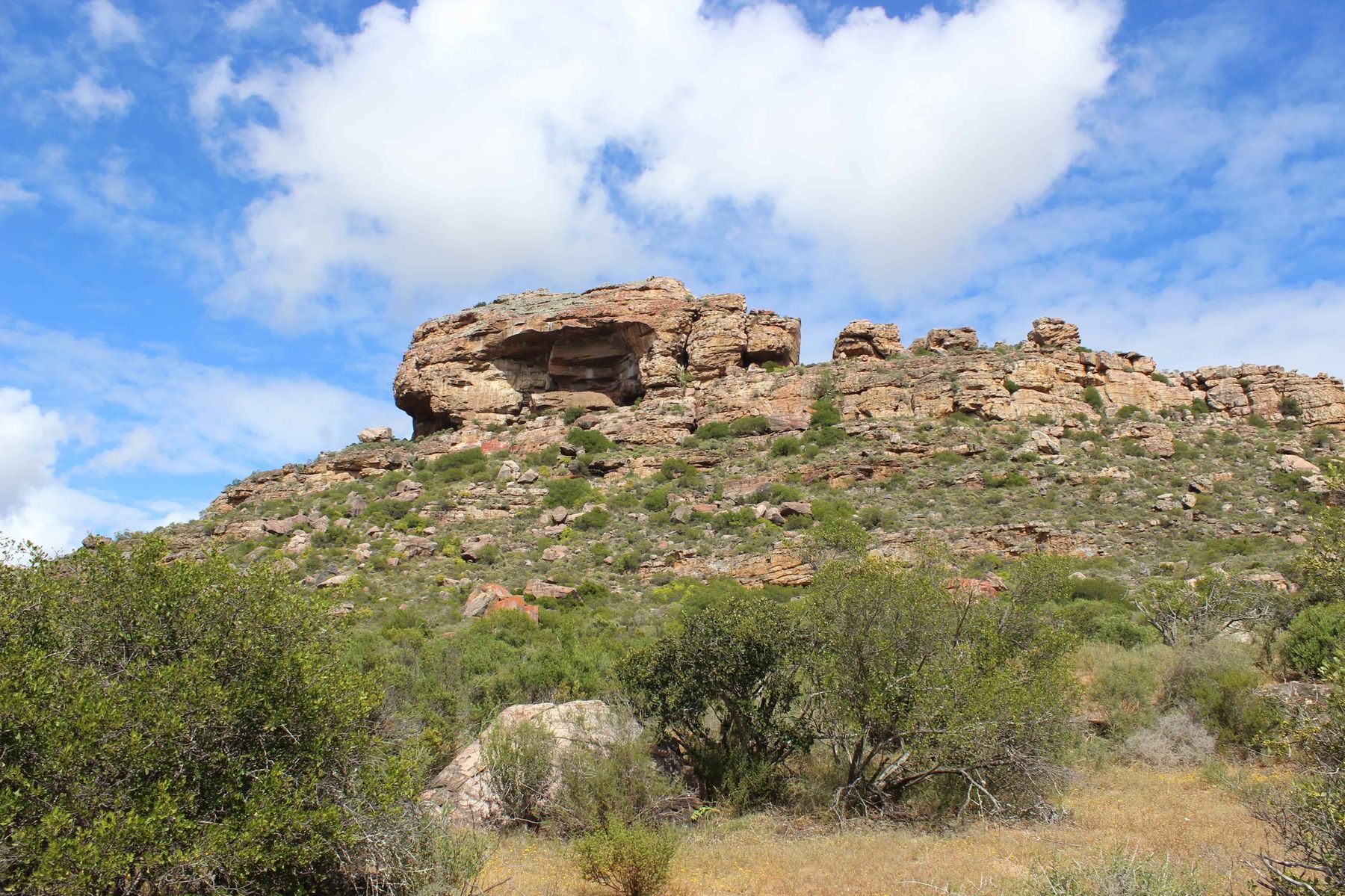 0km to next stop

53km to next stop

!Khwa ttu is a San Heritage Centre which is located near Yzerfontein. At !Khwa ttu San culture ancient and recent history is presented through a series of exhibitions, videos and presentations.

The West Coast Fossil Park has an exceptional interpretation centre displaying well-preserved fossil remains of the animals that inhabited the area about 5-million years ago.

23km to next stop

81km to next stop

An exceptional collection of over 400 intentionally engraved ostrich eggshell, dated to around 60 000 years ago, is amongst the earliest known examples of storage and transport vessels anywhere in the world.

36km to next stop

Experience an authentic riel dance, a cultural expression of courtship rituals and joyous dance moves practised by descendants of San and Khoe people.

71km to next stop

The Sevilla Rock Art trail is on Traveller’s Rest Farm, 34 km from Clanwilliam, on the R364 regional route over the spectacular Pakhuis Pass. The 5km-round trail along the Brandewyn River includes nine fascinating rock art sites, which are some of the finest examples of San rock art in the region.

The Cederberg is dotted with rock art, but Truitjieskraal, in the Cape Nature Matjiesrivier Reserve, is arguably one of the most impressive sites. Information boards along the Truitjieskraal interpretive trail provide insights into both the San and Khoe cultures, while at the same time educating visitors on the unique ecosystem surrounding the rock art with its various species of animals and plants.