Artefacts ranging from Middle Stone Age tools to 2 000-year-old pottery, graves containing human remains buried in a fetal position and decorated with shells and ochre, and many more cultural finds have been found in the cave. The site has a spectacular record that documents changes in the environment during glacial and interglacial conditions and illustrates how the sea level during the glacial period was much lower than today exposing the Palaeo-Agulhas Plain, now submerged. As the glacial ice melted around 12 000 years ago, that landscape was obliterated and the coast moved to its current position right next to the cave.

Nelson Bay cave was first excavated in the 1960s, and the results showed that the diet of the early humans who lived here comprised of food ranging from birds, eggs and plants to shellfish, as well as seals and bush pigs.

Access to the site is from inside the nature reserve, about 8km from the coastal town of Plettenberg Bay. Set aside enough time to explore the cave and its beautiful surrounds. 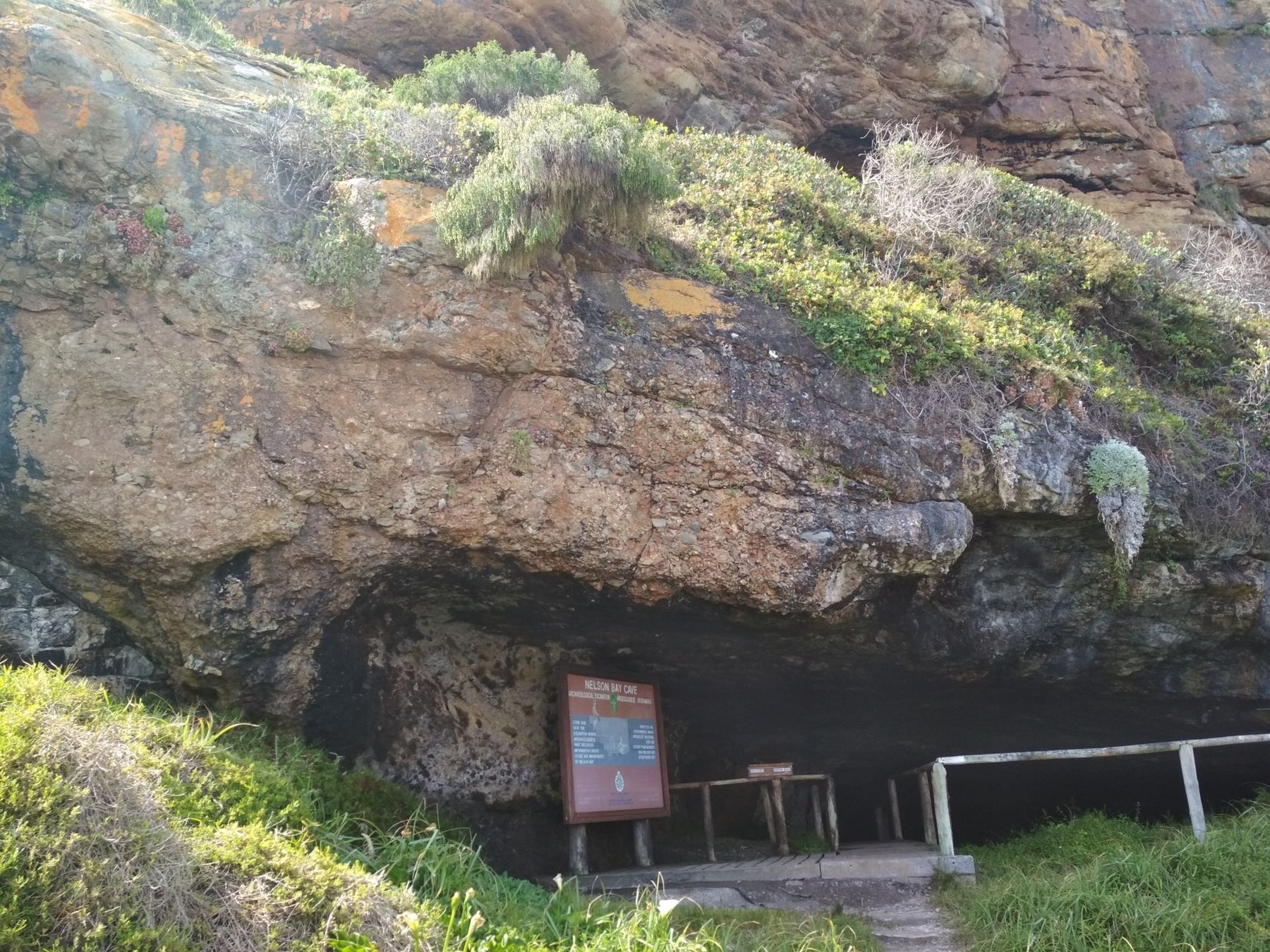 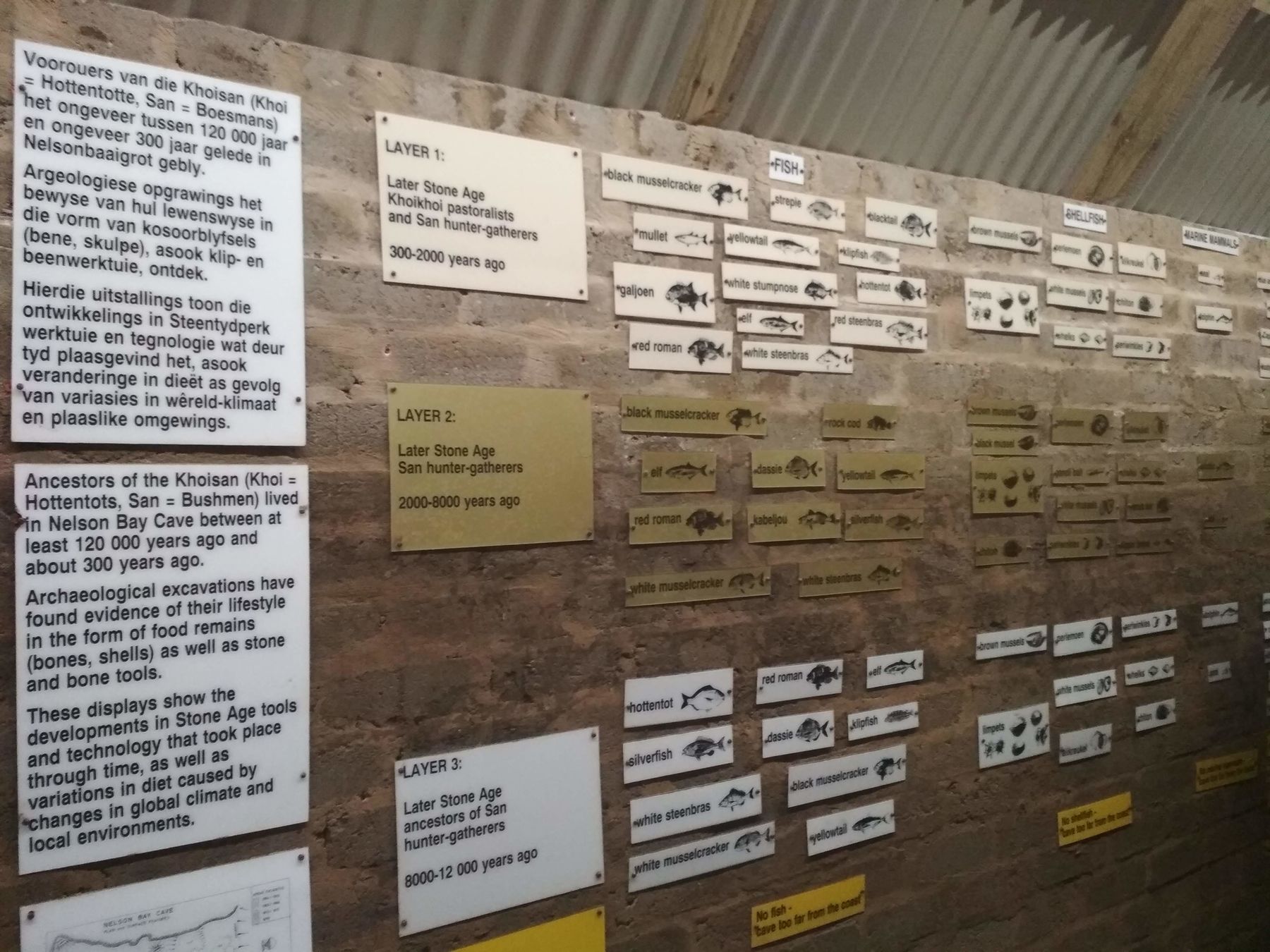 Dine with a local | Stellenbosch

The ‘Kayamandi Township Tour’ and ‘Dine With a Local’ experience offer visitors to Stellenbosch the chance to dine with locals from different backgrounds and learn about their daily lives, listen to their stories, and hear of their hopes and aspirations.

The Cango Caves is one of the world’s great natural wonders, sculpted by nature through the ages to create limestone formations in a wide variety of colours. Visitors can explore the spectacular underground wonders, including the finest dripstone caverns, vast halls and towering formations.

Book a two-hour ‘Dine with a Local’ experience through the George Tourism office to share a home-cooked meal with locals and enjoy music, poetry or dancing together. Diners can experience traditional cuisine, and supporting this local development project.

The cave at Cape St Blaize, below Mossel Bay’s lighthouse, is the site of some of South Africa’s first Middle Stone Age archaeological excavations. More recently, parts of the cave were explored by scientists as part of the Mossel Bay Archaeology Project, which was also conducting excavations at Pinnacle Point Site Complex.

At the archaeological site of Pinnacle Point, an international team of researchers has found some of the earliest evidence for modern human behaviour.

Blombos Cave is a world-famous archeological site, overlooking the sea and located in a private nature reserve not open to the public. Archaeologists have uncovered some of the first evidence of symbolism, cognitive thinking and technological advancement, traits used to define modern human behaviour.

At Still Bay at least 25 stonewalled fish traps represent the technological and economic evolution of early fishing practices in the area. These traps were built at the correct height to trap fish during a falling tide.

Continue your exploration at the picturesque seaside town of Waenhuiskrans, also known as Arniston, about 25km from Bredasdorp. Here, discover – though only at low tide! – the massive limestone Waenhuiskrans Cave, falling within the Waenhuiskrans Nature Reserve.

Klipgat Cave is located close to the seaside village of De Kelders and it is accessed via the Walker Bay Nature Reserve, managed by Cape Nature. Here visitors will be welcomed by dramatic ocean views.

The Phillipskop Mountain Reserve lies 10km east of Stanford. This is one of the few sites with rock art in the Cape Overberg region and the only known site in the Cape Whale Coast.