An international team of researchers have found some of the earliest evidence for modern human behaviour at this picturesque spot. Excavations in the various caves at Pinnacle Point have showed that early man exploited shellfish resources as part of their diet, applied heat to rock to make stone tools; and made ochre pigment. These discoveries, and many more, have contradicted scientists’ earlier beliefs that modern human behaviour only emerged around 40 000 years ago.

Plan and book a Point of Human Origins Experience tour – only by appointment – to gain profound insight not only into the discoveries at the site, but to reflect on where we came from, consider who we are now – and where we’re heading as the human race. 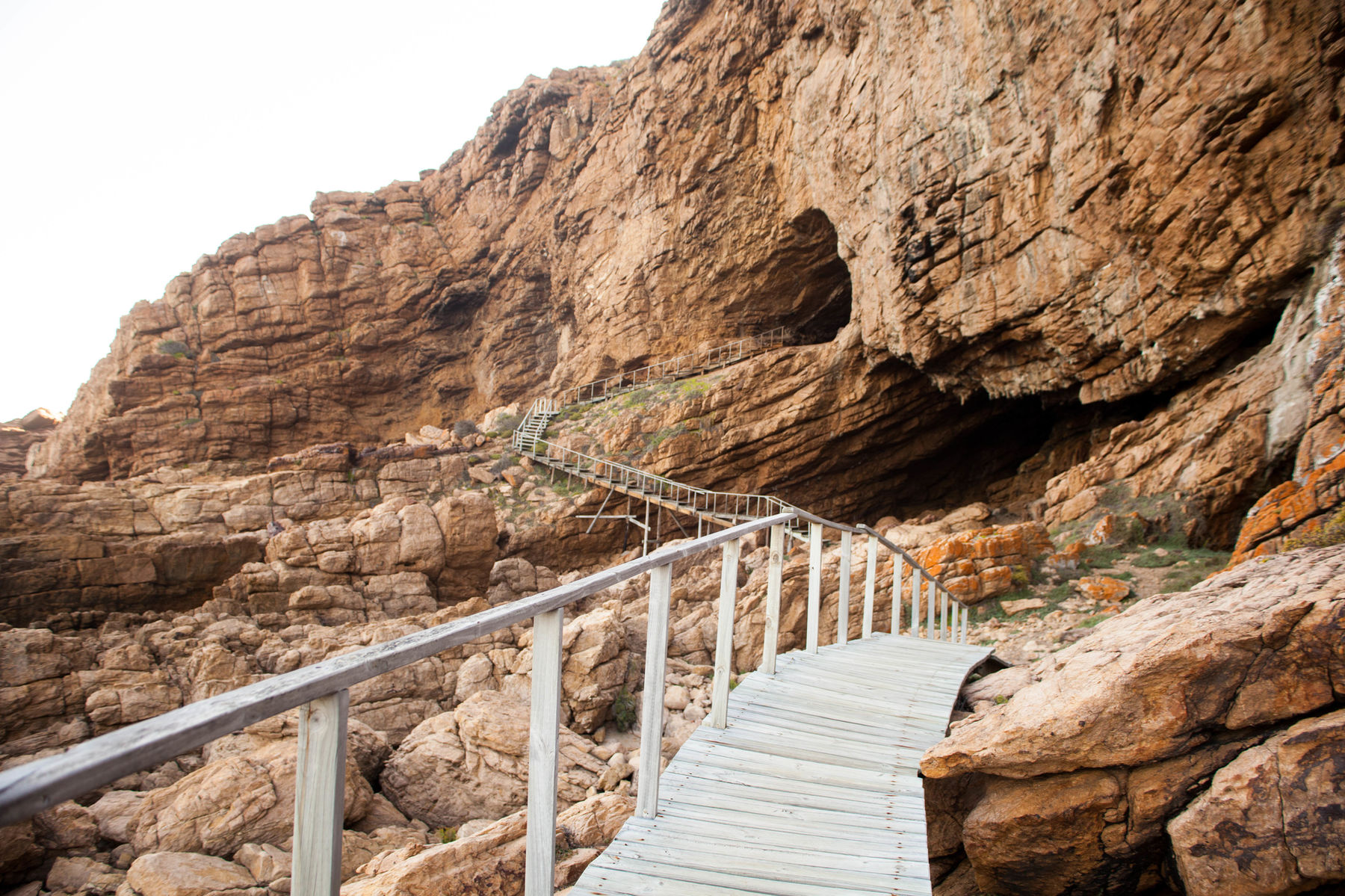 Cape Town’s story begins with the birth of Table Mountain 800-million years ago and the discovery of human footprints dating back 117 000 years. Today it’s a colourful and harmonious fusion of ethnic diversity.

Dine with a local, Stellenbosch

The Stellenbosch 360 tourism initiative’s Kayamandi Township Tour and Dine With a Local experience offers visitors to Stellenbosch the chance to dine with locals from different backgrounds and learn about their daily lives, stories, hopes and aspirations.

Recent archeological finds have shown that humans lived and sheltered in the Cango Caves for at least 80 000 years.

Book a two-hour Dine with a Local experience through the George Tourism office to share a home-cooked meal with locals and enjoy music, poetry or dancing together.

Make your way to the scenic coastal holiday town of Plettenberg Bay to track some more fascinating Stone Age cave discoveries at Nelson Bay in the spectacular Robberg Nature Reserve, jutting 1.8km out into the sea.

The cave at Cape St Blaize, above the area’s lighthouse, is the site of some of South Africa’s first archaeological excavations. More recently, parts of the cave were explored by scientists as part of the major Mossel Bay Archaeology Project.

At Blombos Cave, researchers have found unquestionable proof of Homo sapiens – or “modern intelligent human beings” – living in the area around 77 000 to 133 000 years ago.

At Stilbaai, more than 20 ancient stonewalled fish traps represents the technological evolution of early fishing practices in the area.

Continue your exploration at the picturesque seaside town of Waenhuiskrans, also known as Arniston, about 25km from Bredasdorp.

Access the two chambers of Klipgat Cave, located a stone’s throw from the seaside village of De Kelders near Gansbaai, via the Walker Bay Nature Reserve.

The 246ha Phillipskop Mountain Reserve lies on the southerly slopes of the Klein River Mountains 10km east of Stanford. This is where you will find Phillipskop Cave, a local rock heritage site.